Wintertime in the U.S. is usually a slow time for soccer players and soccer fans.

We gather in clusters like starlings around the soccer websites to argue and speculate and fantasize about our teams, while they do some workouts or hit the trainer's table to work out the bruises and tears that playing has beaten into their legs. 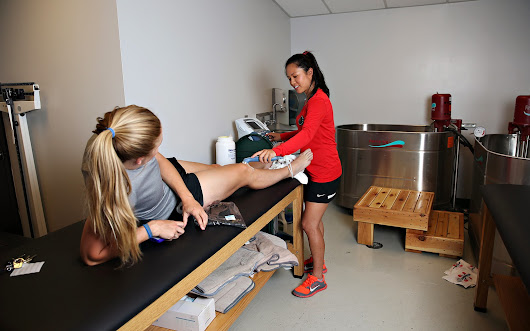 Not today, though. Our Portland Thorns had one hell of a busy Monday today.

Well, actually, they've had a very busy autumn and early winter; you can read about all the goings-on at the new Slide Rule Pass website, here. I have a new post up there talking about the surprising number of changes that have occurred in what is, after all, a championship team.

Typically sports teams are no different than politicians or armies; if they win they usually aren't much arsed about changing things up. Perhaps a tweak here or a nudge there, but otherwise? No.

The Portland women's soccer team, however, has seen some fairly big changes over the four-months-and-change since lifting the ugly-ass National Women's Soccer League trophy, and today was more of the same.

The keeper we had, the player in goal for the 2013 Thorns, was a wonderfully energetic young woman named Karina LeBlanc who plays her international soccer for Canada. She was Portland Thorns from the top of her bright red mohawk to the tips of cleats on her boots and as such she won the hearts of many in this town, including it must be said, my own.

She just seemed to live inside a world shot full of life, and energy, and love for her sport and everything around her. 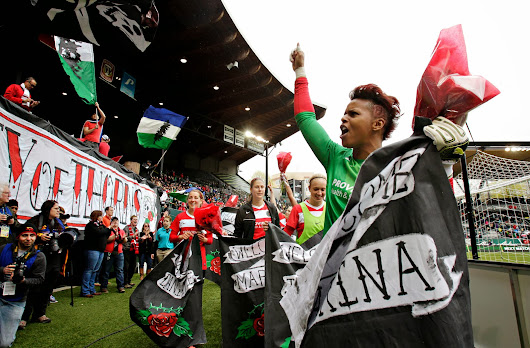 That said, as a 'keeper she was not perfect.

She was caught off her line several times during the 2013 season. She seemed to have problems with "distribution", which is a fancy way of saying that when she had the ball in her hands or at her feet she had trouble getting it to one of her teammates.

Perhaps the single biggest issue was not so much about her as about the Thorns defending as a unit; more often than not the Thorns defenders seemed disorganized, unsure of what to do, who to mark, where to go and how. That's a big part of the goalkeeper's brief. She can see the entire field from her goalmouth, and most keepers are expected to organize their backline.

Angerer is known as a very good organizer and tactician on defense.

So, given what happened last season I'm not surprised that the Thorns signed Angerer or, once that deal was done, traded LeBlanc to the Chicago Red Stars for a draft pick in 2015 - a return so small for a starting keeper as to be practically insulting and suggesting that the entire business was part of a backstairs deal that got Angerer to Portland at the price of shipping LeBlanc to Chicago.

On a sporting level this deal makes excellent sense; Chicago sent their keeper to the expansion Houston team and then, in return for not contesting Portland's signing of a new keeper, gets Portland's old keeper. Keeper for keeper for keeper and everyone's happy.

Except...that a lot of people here in Portland genuinely liked, enjoyed, or loved Karina, forgetting that she was a playing piece on a playing field. 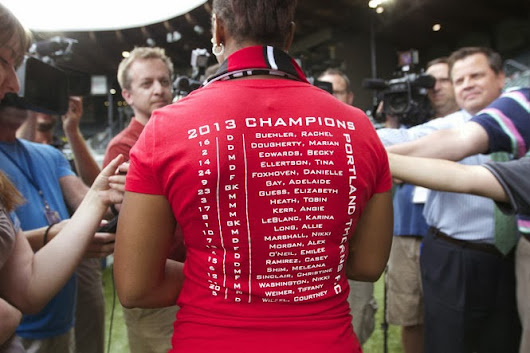 I know I've said this before, but if sport has any value at all it is as a distillation of human spirit. Sometimes the spirit is the exhilaration of achievement, often it is the grim disappointment of failure.

Today the sport reminds us that anytime we love someone, or something, Fortune holds it hostage against us. If we do not love we cannot lose, and yet we must either choose to love or protect ourselves by not chancing the loss and, in effect, forfeiting the gains of love. Love and loss; for in life as in sport the end of the story is always the parting of ways, the terminator of delights, and the separator of companions.